So many of us struggle with even the most basic fitness regimen. Somehow we always find an excuse not to head to the gym after work or to skip that weekend run. But what would it be like to live your life with no excuses for not giving 100 percent? Well, in these blinks you’ll find out because that’s exactly how the author, David Goggins, lives.

David Goggins didn’t had an easy childhood, he escaped his abusive father, dealing with poverty and the demons of his past. The traumatic effects of David’s early years began to make themselves known when he was in the third grade. After years of suffering at the hands of his father, David developed a nervous stutter, his hair started to fall out, and patches of his skin lost pigment and turned a different color. Why did this happen? As an adult, David realized that he was suffering from toxic stress. This is a phenomenon in which young children who have undergone severe abuse experience long-term changes to their brain chemistry, resulting in a permanent state of “fight or flight.” In other words, David had been through so much that his brain and body were now permanently on high alert for danger.

Fear and disappointment held Goggins back from reaching his full potential as a young man.

As David soon found out, a devastating side effect of toxic stress is its limiting effect on children’s memories. When suffering from this condition, even the most gifted child will struggle to remember the things they’ve previously learned in school.

In David’s case, this meant that he was labeled as stupid by some of his teachers. Already the only black kid in his class, he now faced being yelled at and ridiculed on a daily basis. Faced with the prospect of being kicked out of school altogether and placed in a “special needs” facility, David began doing the only thing he could think of to get by. He started cheating – on his homework and on important standardized tests. The result? His oblivious teachers allowed him to stay in school, but his education suffered terribly. Heading into his teenage years, unbeknownst to anyone else, David could barely read.

David’s dream was to become an Air Force pararescue, a special type of soldier who specializes in parachuting into war zones and rescuing injured pilots. To complete his training, David would have to face his toughest test yet: swimming, because David couldn’t swim!

Paralyzed with fear and facing increasingly tough swimming challenges, he eventually took the easy way out by quitting. When a routine medical test picked up a predisposition to sickle cell anemia, a blood disease, David used it as his excuse to walk away from the military on medical grounds. Even as he was leaving, he knew he should stay and fight through his challenges, but fear got the better of him. By 1999, with his military hopes vanquished, 24-year-old David was working a dead-end job as a night-shift pest exterminator and using food to numb his disappointment. After his discharge from the Air Force, he ballooned from 255 pounds to almost 300 as his eating spiraled out of control. David was using food to cope with the bitter realities of his life: that he was uneducated, unskilled, and heading toward a dead-end future. Luckily, the motivation he needed to turn his mediocre life around was waiting just around the corner.

Goggins changed his life and his body in a quest to become a Navy SEAL.

Remarkably, within two weeks he had lost 25 pounds, and within a month he began adding four-mile runs to his daily routine. When the deadline for enrolment came around, Goggins was fighting fit. He joined the program and underwent a grueling training period that included going five and a half days with minimal sleep and completing tough exercise drills while soaked with water and covered in sand. However, Goggins gritted his teeth, graduated from the training and eventually achieved his dream of joining the Navy SEALs.

When you stop blaming other people for your problems….when you stop procrastinating, bitching and complaining about how unfair life is…it is truly amazing what the fuck you can accomplish with your life! Once you realize no one is coming to save you, you only have two options- you can say “fuck it” and lay there and do nothing OR you can sack it the fuck up and become the badass motherfucker you were meant to be!

Goggins is one of the United States’ only African-American SEALS and a prolific ultra runner, people often ask him how they can become as successful as him.

With a lot of hard work, anyone can emulate Goggins’ success.

His first piece of advice comes down to one thing: work ethic. It’s a sad fact that our society has become addicted to quick fixes. But Goggins believes that if you want to master yourself and harness your true potential, there’s no quick fix – only hard work. You may have tons of talent and passion, but without a work ethic to match, you’re a bird without wings – you’ll never fly

Goggins’ willingness to work hard is the crucial factor in every one of his accomplishments. Whether he’s working out in the gym or working as a SEAL, everything else in his life comes second; working hard is the biggest priority in his life.

Interestingly, when he tells people about the value of hard work, they typically say that they don’t have the time to put in the long hours needed to achieve their goals. Instead, they say, they have to focus on spending time with their family or working at their desk job. But Goggins doesn’t accept this excuse. In his opinion, all these doubters need to do is win the morning. Emulating his success is possible – it just takes an extraordinary amount of hard work and getting up early in the morning.

Goggins has achieved so much because he gets up early to do it. To have a chance at a similar level of success, you need to be an early bird too.

A typical day for Goggins starts at 4 am when he immediately gets up and goes for a six-to-ten-mile run. By heading out so early, he can be back home by 5.15 am, ready to shower and have breakfast. As if this weren’t enough, he then bikes 25 miles to work, arriving at his desk by 7.30 am. And his strict fitness regimen doesn’t stop then. During his lunch break, he’ll find time for a gym session or another six-mile run on a nearby beach. After work, he cycles home again, and by the time he walks back through the front door at 7 pm, he’s found the time to cycle 50 miles, run at least ten more, and work a nine-to-five desk job.

So get up early tomorrow morning and start pushing yourself. Because if David Goggins can do it, you can too!

#Repost @richroll with @repostapp ・・・ New Year New You. Stop making excuses. Stop being a victim. Take personal responsibility. Hold yourself accountable. Get comfortable with the uncomfortable. And finally make your dreams reality. Navy SEAL & endurance legend @davidgoggins is the most inspirational person you will ever meet. And this is quite possibly the most powerful podcast I have ever produced — the perfect conversation to launch you into 2017 with everything you need to unleash your best, most authentic self. If you listen to one podcast this year, make it this one — then share it with someone who needs it most. #BeyondMotivated #RogerThat (clickable link in bio) ✌🏼🌱 – Rich http://bit.ly/richroll266

Are you ready to go beyond with the 40 percent rule?

Goggins invented the 40 Percent Rule because we typically give up and go home when we have expended only 40 percent of our potential effort. Why? Well, there’s a part of our mind that wants to protect us from suffering and hardship, so it tricks us into believing we’ve already given everything we’ve got when really we still have 60 percent left in the tank! To master our minds, we have to push through the suffering and ignore the voice in our head so we can give our true best every time.

Let’s start with applying the 40 percent rule today! Are you with me? Please leave your comments below. 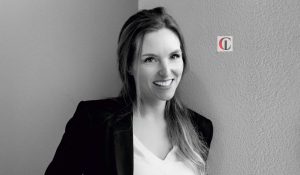 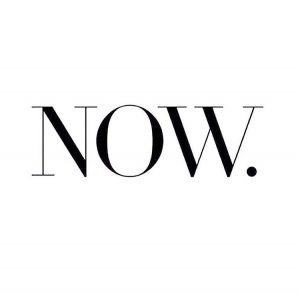